Kidd Innovative Design is comprised of dedicated employees that prove to be masters of their given jobs. 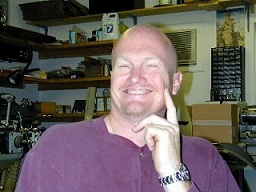 Hack Master Institute of Technology, (graduate with Honors) President of the Alumni Association, only member at this time!!!

Outstanding Accomplishment of the Millennium

Pistolsmith for the Modern Pentathlon at the 1996 Olympic Games

Shown are some of our bolts, receivers, barrels and triggers ready to be shipped to our valuable customers.